Shizendo  martial arts, one of Kent’s leading associations teaching the Chinese art of Tai Chi. Steve Martin teaches on a weekly basis at all of the listed venues, the classes are divided into beginners and advance and is a mixture of traditional and workshop formats. Steve teaches both the health and the martial art side to this fascinating ancient art. Shizendo martail arts teaches the Yang style Tai Chi; This is one of the most poplar styles practiced today by thousands of people world wide. Tai Chi is a system of moving postures linked together in an unbroken controlled flow of movement producing within the practitioner strength – suppleness- coordination and improvement in health. Tai Chi has now begun to be recognised by the National Health Service as a means to combat a variety of problems associated with age, balance, restricted joint movement, and mobility. With correct breathing methods this cause’s good circulating of oxygen and blood through the bodies system. Though this method of Shizendo martial arts training overall improvement in health is achieved.

The Yang style of Tai Chi Chuan was created by Master Yang Lu Chan more than 200 years ago after he had studied several internal and external martial arts and mastered the Tai Chi of the Chen family. Passed on from father to son, the true Traditional Yang Style was known to only a select few until the time of Yang Lu Chan’s grandson, Yang Cheng Fu. He taught thousands of students throughout China and it was his forward-thinking openness that is largely responsible for the popularity of Tai Chi today. It is his tradition of openness combined with authenticity that we maintain and develop today for the benefit of all.

“The form is always changing as you constantly research and progress”

“The Art is the Flow the Flow being the Art” 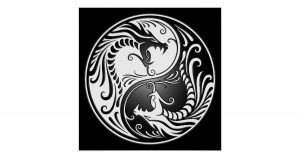